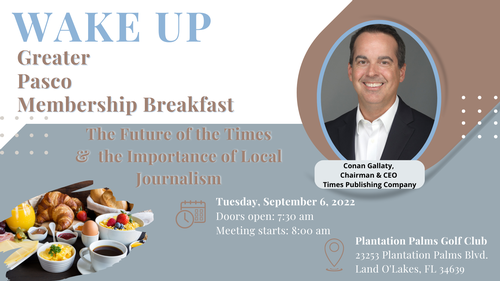 The Future of the Times and the Importance of Local Journalism

Enjoy a lovely breakfast buffet while networking with other Greater Pasco Chamber Members and listen to September's guest speaker - Conan Gallaty, Chairman and CEO of Times Publishing Company. Mr. Gallaty oversees all business operations of the company, including advertising, circulation and operations.

Prior to assuming his current roles, Conan served as the company’s chief digital officer, responsible for digital strategy and business development as well as all technical operations for the Times. Before coming to the Times, he was President of Digital for WEHCO Media, an Arkansas-based company with newspapers, digital agencies and cable systems across six states. Before joining WEHCO, Conan was the Director of Online Strategy and Operations for Herald-Tribune Media Group in Sarasota, then a division of the New York Times Regional Media Group as well as Online Director for The Augusta Chronicle, a Morris Communications newspaper located in Augusta, Georgia.

Throughout his more than 20-year-career in digital media, Conan has received numerous awards for his work in news coverage, design, advertising innovation and development of new digital businesses.

Conan began his career as a journalist, starting in the newsroom of the News-Tribune in his hometown of Rome, Georgia. He is a graduate of the University of Georgia with degrees in Journalism and Business 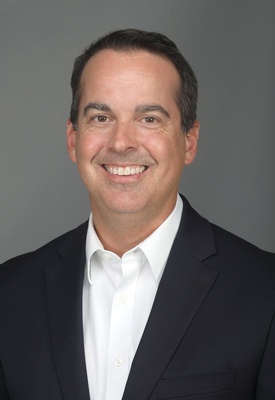